Park Falls, WI (May 3, 2018) – The Senko spiraled toward the bottom of a gin-clear lake, turning the reel on the opposite end ever closer towards the end of its spool. Twenty feet down and dozens of yards from the boat, a thin strand of four-pound fluorocarbon traced a line from fish to man. On a sunny day at this depth and distance, the line was impossible for the angler’s eye to see — then, a thump.

“I could feel it in my hands,” said angling guru Dan Johnston. “It blew my mind.”

Johnston, National Accounts Manager for St. Croix Rod, was in the midst of a three-day video shoot with Jarrett Edwards of Jarrett Edwards Outdoors. The gin-clear water belonged to the mystic desert fishery of Lake Powell, where a maze of clear water channels crisscrosses the Arizona/Utah border in a dance with time and nature. At Lake Powell, the ruins of an Anasazi empire and exposed fossils of plesiosaurs line the same canyon walls where bass loiter for food, feasting on shad in the shadows of legends.

It was here on Powell that Johnston and Edwards had come to document a legend of their own — a battle test for the St. Croix Rod Legend X.

“I was basing bite detection off of that thump in my hands,” Johnston said. “Usually, all of the conditions have to line up to feel that hit. Here, Jarrett and I were throwing a light soft plastic almost as far as we could throw, getting a bite at the very end of the cast, and in 20 feet of water you could still feel it.” 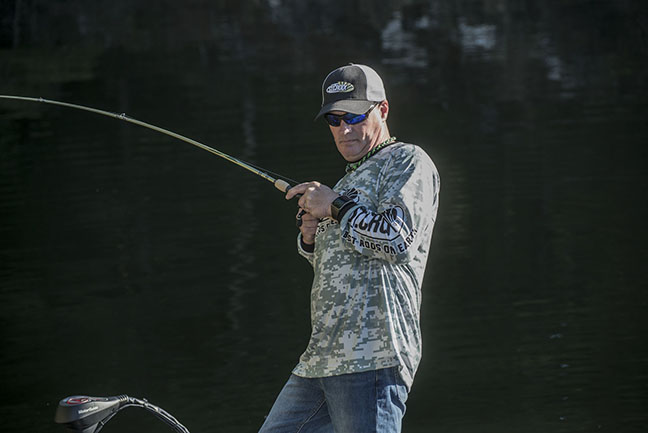 Adds Johnston, “You can write that, but people reading it will roll their eyes. They won’t believe you until they do it for themselves.”

Legend X rumors began to swirl last summer, just before the rod made its official debut at ICAST 2017. There, retailers got their first look at the production models which would eventually find their way out to the desert with Johnston and Edwards. Featuring Relentless Olive blanks with cork, split-grip handles and a familiar name, it didn’t take long for consumers who hadn’t seen the rods up close to dub Legend X a ‘Legend Elite with split grips.’ But Johnston says only part of that moniker is true.

“It does have the same SCV blank as the Legend Elite, and it does have split grips, but this is a rod built with every single technology St. Croix Rod has at its disposal. It’s a rod for the ultimate, discerning angler who understands that 32 pairs of hands have touched this rod during the manufacturing process. It’s for the angler who wants the ultimate in sensitivity and light weight. It’s for the angler who wants all of St. Croix’s rod building technologies. Every one of them.” 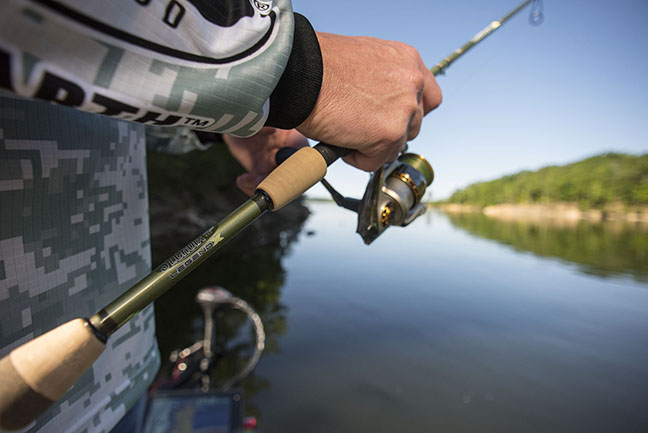 An 18-year veteran of St. Croix Rod, Johnston is no spring chicken when it comes to rod design. He’s fished nearly every rod the Wisconsin-based company has produced in almost two decades with the company; and in a field with many favorites, he says Legend X stands above them all.

“It’s a dream rod for me,” he elaborates. “A lot of people have been waiting on a SCV blank with split grips. Legend X is unbelievably impressive.”

Asked about the relentless, madman’s list of features, Johnston had a simple explanation.

“St Croix exists to provide every angler with the upper hand. That explains Legend X. That explains the engine behind the brilliance, the fuel behind the idea, the execution, and the final product. We wanted to give people the ultimate advantage on the water. Everything about Legend X is distilled to that. St. Croix Rod wanted to go all-in.”

Just a few short months after its ICAST 2017 unveiling, Legend X is starting to fill the dealer pipelines. Soon, Dan Johnston and Jarrett Edwards will have to share their legend with the rest of the angling world. Johnston swears Legend X is the ultimate fishing rod come to life.

It’s a tale that may seem hard to believe — but like the mysterious landscape of Lake Powell—is 100 percent true.